Because of CoronaVirus, many people don’t drive very frequently. And AAA is answering a lot of calls from members who are faced with a car that cannot be started because the battery is dead. And experts counsel drivers to drive 20-30 miles at highway speed periodically to top up the charge. But even in normal times, there are a lot of things that could cause your battery to lose so much charge that you can’t start it.

How many people have had the same experience that we have just had? We worked hard—in both time and value-added–to create a clever document, only to have it disappear, forcing us to do it all over again. Apparently a lot, as is shown in this bit of Internet lore.

The need for sheltering at home has forced people to do their jobs as well as other activities (e.g., shopping) from home. And even the people living in sparsely-populated areas need the speed and volume of broadband. We were aghast not long ago when the Chairman of the Federal Communications Commission Ajit Pai initially voted against upgrading to broadband. He has now changed his mind, saying “Broadband is critical in modern American life. Especially when it comes to innovation, the Internet has leveled the playing field.” Not surprisingly, the bureaucracy of the federal government is the villain.

Microsoft dominates the market for productivity software, with its suite that includes Word, Excel, PowerPoint, and Outlook. We have been using these tools for many years, and have found them to be well-crafted and free from errors … except Outlook. The following three examples have caused us considerable pain.

First is the matter of duplicate emails. We frequently receive two identical emails, sent a few minutes apart. This is better than receiving none at all, but it wastes our time, and makes a mockery of its putative “productivity” positioning.

Second is its “Quick Print” feature, which simply doesn’t work. Again, it is not the end of the world, but is inexcusable from a company with massive resources and hundreds of software engineers.

Third is its unilaterally creating of new-and-unwanted mailboxes. This caused us considerable pain, because an incoming email from an important new client was incorrectly stuck in this new mailbox that was out of sight because it was below the normal viewing range.

The Apple Watch is very popular, and we were excited to receive one for Christmas 2018. But trying to use it is UN-exciting. For starters, Apple provided nothing but 2-point text of nonsensical legalese. If we had instead received a Casio we would been at least able to use the watch to tell the time. And we would not need the iPhone, like we do when we have the Apple Watch.

Apple’s philosophy was shaped by Millennials, who apparently had plenty of free time to play hide-and-seek with their latest gadgets. People who have to earn their daily bread don’t have so much free time, and want both documentation and elegant-in-their-design features. Surfing the web was a lot more productive, and we learned how to do some of the things we wanted.

Unfortunately, we found out some things we DIDN’T want to do. One of those was to be annoyed frequently and promised that the watch’s iOS would be updated overnight, and it never seemed to happen. Another is to be annoyed by incoming phone calls because it is unclear how to silence them. Another is for the watch “cleverly” guessing that we are walking or running after we have been doing it already for 15 or 20 minutes.

Worst of all, the iWatch behaves randomly. Sometimes after one finds out how to do some favorite tasks, it changes its mind and the tasks have disappeared.

We have a weekly meeting in Mountain View, CA and every week we see at least one Waymo car (with one or two people inside) driving along the streets. (Since the company’s headquarters are in Mountain View, this is not surprising.)  But Mountain View’s streets are easy to navigate compared with the myriad driving environments that self-driving cars face. In March 2018 a driver of a Tesla X was killed when its navigation system failed to recognize a fork in a freeway and crashed the car into a traffic barrier. And this situation still is a lot easier than many others: bad pavements, hard-to-see fences or barriers, etc. While we and millions of other people continue to be excited by the notion of self-driving cars,  we believe that it will take a long time for manufacturers to build the needed database of conditions these vehicles face. 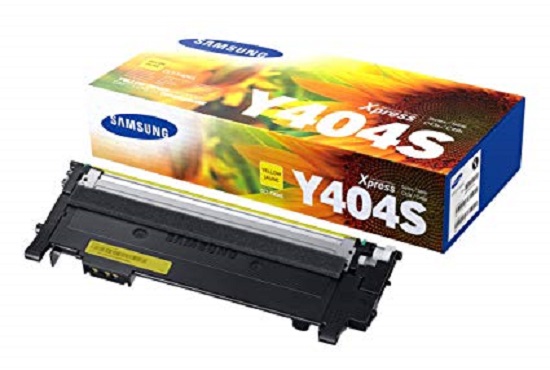 A tried and true scam is to give away a gadget and charge for its consumables. One that comes to mind immediately is razor blades. And to add insult to injury, the messages from the printers are either incomplete or inconsistent or both.

We recently purchased two Samsung color computer printers from Fry’s in Palo Alto, CA. The first one (call it #1) was motivated by (1) the high price of toner for our aging printer, and (2) a super-low price advertised by Fry’s. The second one (call it #2) was motivated by the limited space available for it.  Strangely, when one or more colors of toner in printer #1 got low, it warned on the PC #1 “Toner Low”, but it didn’t tell WHICH color or colors were low. But on printer #2 it DID tell which color was low on PC #2. Interestingly, we found that yellow runs out first. And we weren’t the only ones who noticed this.