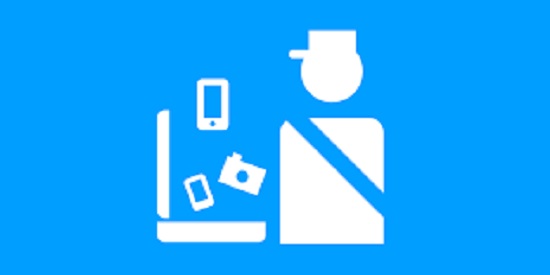 Less fun than baseball, but potentially a lot more dangerous to individuals, is the possibiity that the content of one’s cellphone or other device could be searched (either by law enforcement officers or by crooks). Fortunately, there is currently a lawsuit in process against the apparently unreasonable searches and seizures performed by customs and border agents.

Fortunately for those not interested in lawsuits, and want some things to do now to avoid the hassle of having officials search their devices at airports, there are some measures that may be helpful. For some months passengers from eight majority-Muslim countries had to put their laptop computers and tablets in their checked luggage, so presumably anyone could do this, and include their cellphones as well. (Yes, we realize that for many people, especially millenials, their cellphones are their Gods. But checked luggage rarely goes missing these days, so this may be the lesser of evils.) 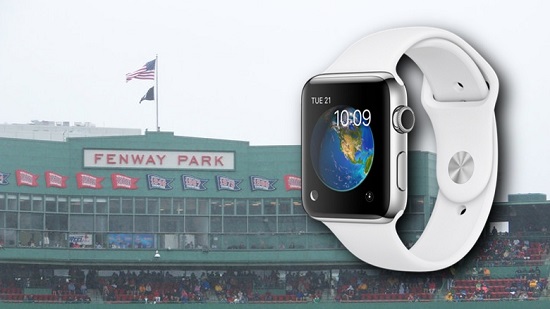 Years ago (well before the Internet or Apple watches) we read a story about a black native of Africa asking why a white explorer kept looking at his watch, and being told that it must be his God. Fast forward to the electronic age, when billions of people have electronic gadgets like cellphones that they treat with similar reverence, because they give those people helpful capabilities that they never had in the past. But that same technology can also be hurtful. If you replace “Lord” by “Technology” (which billions of people today seem to be doing), the phrase “The Lord giveth and the Lord taketh away” sums up the benefits and dis-benefits pretty well. A couple of recent examples of the latter shows why.

Likely none of the engineers who designed the Apple Watch foresaw that it could be used for mischief like stealing the catcher’s signals to the pitcher as to which sort of pitch to throw next. Apparently the Boston Red Sox figured out how they could very quickly take a video of the New York Yankees’ catcher using an Apple Watch and very quickly communicate with hand signals to the Red Sox batter the type of next pitch, boosting his likelihood of getting a solid hit. Probably most of those Apple engineers couldn’t even name any of the possible types of pitches.

Passwords are one of our favorite villains. We have long advocated the use of hardware dongles. And Apple, among others, have created various technologies that scan fingers or faces. Most recently, shipments of their iPhone X are being delayed because of problems with critical components (cutely named Romeo and Juliet). There is even a novel by Scott Allan Morrison, “Terms of Use”, in which the hero invents a way to scan an eyeball.

But the conventional wisdom, originally spelled out by NIST (the National Institute of Standards and Technology) to make them complicated (and thus virtually impossible to remember) has been replaced by NIST itself. Now, long but simple phrases that are meaningful to the user are advised, because they are easy to remember but hard for hackers to break.

Don’t Google and Amazon Read Businessweek? At least Google has the excuse that they were born and grew up in Silicon Valley and have always lived here. So it may be instinctive for them to keep on wanting to out-Silicon-Valley Silicon Valley. As for Amazon, Jeff Bezos’ historically bare bones operating philosophy has apparently changed if he now wants to pay big bucks for the facilities and staff in Silicon Valley.

Even worse, no other than the CEO of Silicon Valley Leadership Group who was just given accolades by the San Jose Mercury News may be one of the villains. Although Carl Guardino wants to “exorcise the twin demons of housing shortages and traffic jams” he appears to be focusing only on the traffic jams part. (This, in turn, may be due to the fact that he commutes to work by bike 17 miles each way, from tony Monte Sereno to the airport. He may actually get to work faster that way than by car, but Google Maps shows one hour and twenty minutes, though there are fortunately two alternatives that are trails. The third is via an expressway, which is not cyclist-friendly.) He apparently expects somebody else to deal with the housing shortage, a poignant example of suboptimization. (Interestingly, the definer of suboptimization is a San Joe State professor, who no doubt has lots of local examples to cite.) Apparently HE thinks that having fast transportation allows people to live farther away, where housing is affordable. WE think that the proposed “Google transit village” (that puts 20,000 Google employees in offices adjacent to Diridon Station) will be a nightmare because it puts too many eggs in one basket. And if you want to know what Silicon Valley residents REALLY think, have a look at the Comments accompanying the article about Carl Guardino.

Another consideration is that past experience regarding the preferences of high-tech company employees is that managers have families and prefer to live toward the San Jose end so they can have grass to play on, whereas single guys writing code prefer to live in San Francisco so they can party. Where will the party scene shift to? Will hungover software engineers want to commute from San Francisco to Diridon Station on BART? And can their bosses afford to live in closer proximity to Diridon Station? Houses in nearby Sunnyvale are selling for nearly $800,000 over their asking prices.

What about Amazon? While those with vested interests—politicians, city planners, tax assessors, etc.—are positive, knowledgeable local residents (and newspaper columnists) are not. Maybe Amazon’s own planners and cost accountants will horrify Jeff Bezos so much that he will choose some other city on the Businessweek pictogram who will appreciate him more and charge him less. Or maybe he will get creative with a twist like the giant factory towns in China, which have dormitories and apartments and stores, and propose to build giant apartment buildings to overcome the housing and traffic challenges. 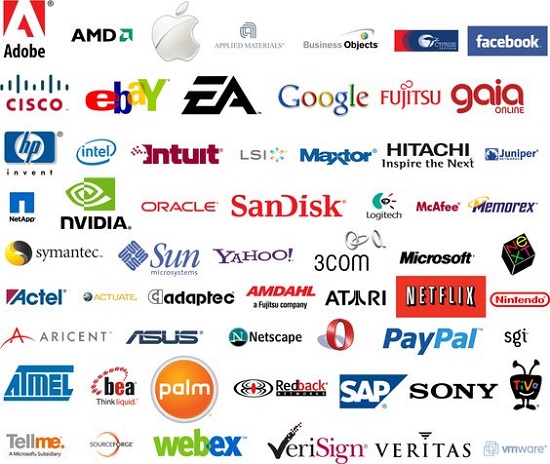 Despite our repeated reminders that the multiple woes—especially housing prices, traffic gridlock, and long commutes—of tech companies’ building large staffs in the San Francisco/San Jose area, nearly all of these mainly-software organizations continue to ignore the logic of setting up new operations in other cities in the U.S. And these other cities would love to have them locate their operations in their respective cities. This phenomenon, coupled with the September 13 opening of the vaunted Cornell Tech in New York City, is so noticeable that Bloomberg Businessweek went to considerable effort to prepare a pictogram for its September 11 issue that includes about 300 metro areas (but they do not appear to be the 300 most populous cities in the U.S.) is so detailed that they couldn’t include it in their online version and an article apparently so basic that they couldn’t include it in their print version. On the horizontal (“good stuff”)axis it combined nine positive ways: rates of college education, science and engineering majors, top universities, headquarters of big tech companies, venture capital investment, share of jobs in computer-systems design and related services, broadband subscription rates, independent coffee shops (huh??),and commutes by bike/public transportation/on foot. On the vertical (“bad stuff”) axis it combined three negative ways: high home prices, lots of income inequality, and long drive times. It weighted these 12 ways equally (what else could they do?) and plotted a scattergram with city names as labels. In the upper lefthand corner (high on both good stuff and bad stuff) is the San Francisco/San Jose area (Silicon Valley), which is in the biggest “quadrant” (the quadrants are quite unequal in area) called “Both the good and the bad of Silicon Valley”. The upper righthand quadrant is “Unequal and expensive, but not techie”, the lower lefthand quadrant is “Tech without the downsides”, and the lower righthand quadrant is “ Least like the Bay Area”. The authors highlighted Boston (not surprisingly, due to its many good universities and Route 128 tech companies), Boulder, Co (high percent of households with broadband access), and Ithaca, NY (low housing cost). Ithaca??!! Well, it’s home of Cornell University which, together with partner Israel’s Technion, created Cornell Tech, and it’s the most techie of the Ivy League. (It’s also our home town, with nice summers, but awful winters … especially compared with Silicon Valley.)