Kindle instructs customers: “From the left panel on the Home screen, tap Books, Newsstand, or Audiobooks, or tap the icon from the app grid or carousel to view specific content in your Kindle Library. Tap a title to download it to your phone. Note: Content already downloaded to your phone will have a checkmark on it.”  This is TOTALLY USELESS!!!  Per my wife: Instead, tap on the upper left-hand corner, then tap on the three lines there.

Then, if you want to buy the book, Amazon’s software gets in the way again. HOW STUPID!!!  My wife is a very capable iPad user but even she can’t outwit Amazon’s dopey setup.

Launch the Kindle app on your iPhone or iPad. Tap Library to see all of the e-books in your Amazon library. Tap the book you wish to download onto your device. When it’s finished downloading (it will have a checkmark next to it), tap the book to open it.

It took us considerable time on the phone with Amazon’s Customer Service to straighten out these messes and get refunds. Shame on Amazon!

Thus far, the current economic cold war between the United States and China is like a children’s’ snowball fight. If it were adults fighting, one would think they would have learned from the previous cold war. At least the U.S., with a relatively recent history of gunfighting, should know how to avoid shooting itself in the foot, as it seems to be doing these days with President Trump’s threat of banning the WeChat app, which is likely to hurt sales in China by companies such as Apple, Ford, and Walt Disney. And Trump’s forcing Chinese companies listed on American stock exchanges to comply with American accounting rules could trigger hacking of the November 3 presidential election. And last, but not least, is the continuing hijinks of Huawei and corralling of it by the USA.

Anyone who has opened an account has run the gantlet of questions that are used in the event of entering its password incorrectly. (We deplore the use of passwords so when we are forced to create them we use some variation of “dumb idea” or “dongle” (a dongle is a small device able to be connected to and used with a computer, especially to allow access to wireless broadband or use of protected software).) In our case, we have had to provide the answers to such questions as “Who was your favorite elementary school teacher?”, “What was the model of your first car?”, or “What was your mother’s maiden name?” Most recently we had to provide several answers to such arcane questions that we laughed. Fortunately, this is such a widespread nuisance that it has resulted in some humorous suggestions.

It happens so often that it even has a name: “Wrap Rage”. But it isn’t funny. And the main culprit is plastic, which is frequently so strong that it requires a sharp knife and a lot of muscle. Sometimes the packaging is even stronger than the product inside. This situation is perfect for a visit to an emergency room, which these days likely is full of victims of the coronavirus. Frequently the culprit is clamshell packaging, which may be fine for protecting the product inside, but equally fine for injuring the purchaser.

Most people likely ignore the “Http” or “Https” prefix to a website’s name. But if the information they are entering or working with is confidential, they want to avoid websites with the “Http” prefix. In 2017 Google started pressuring website owners to encrypt communication between the user and the website. The Chrome browser is making it increasingly obvious whether or not a site is secure.

Passwords are one of our favorite villains. We have long advocated the use of hardware dongles. And Apple, among others, have created various technologies that scan fingers or faces. Most recently, shipments of their iPhone X are being delayed because of problems with critical components (cutely named Romeo and Juliet). There is even a novel by Scott Allan Morrison, “Terms of Use”, in which the hero invents a way to scan an eyeball.

But the conventional wisdom, originally spelled out by NIST (the National Institute of Standards and Technology) to make them complicated (and thus virtually impossible to remember) has been replaced by NIST itself. Now, long but simple phrases that are meaningful to the user are advised, because they are easy to remember but hard for hackers to break. 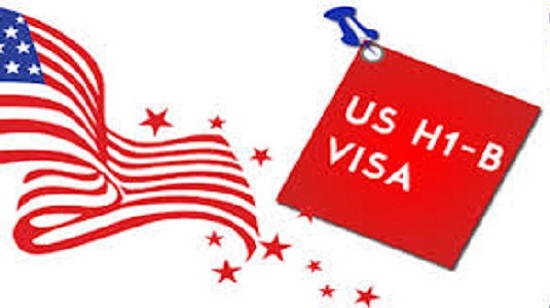