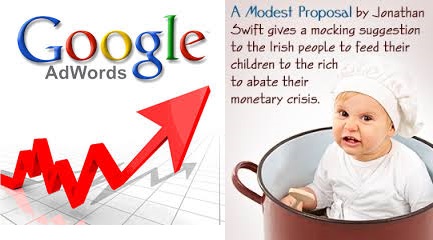 Google makes a huge amount of money serving up ads, which funds a lot of interesting, though not always quickly successful, ideas. Most everyone tolerates these ads because their search engine is such a helpful gadget. But we wonder if it wouldn’t be more effective if it would serve up ads that we are more interested in. We suspect that they have already collected plenty of data about our habits that could be parsed to make both Google users and Google advertisers happier. Regarding the off-target ads, we advise: let Google eat their own ads.

Does it really make sense to keep hammering on us month-after-month to buy more of the same item we have bought? (The high-tech rubber duckie Edwin Duck that we bought for a Christmas gift appears daily … sometimes several times.) And although in general a repeat customer is the best customer, there are lots of specialty items that advertisers should know are bought only once by individuals and used for years, so isn’t it better to spend their ad dollars to chase non-owners? Strangely, Google doesn’t seem to have taken a lesson from Amazon, which does a far better job of suggesting stuff that actually COMPLEMENTS what we have recently bought.

We thought that Google had gotten religion recently when we ran across a link leading to an “Opt Out” headline. But the religion they had gotten must have been from insane or malicious gods, because you can only opt out of “interest-based” ads, i.e. ones related to your interests, previous visits to other websites, or demographic details. WHAT??!! It seems to us that those are the ads you might WANT to see. So apparently, after opting out, you will only receive ones that are based on nothing and even more likely to be irrelevant. 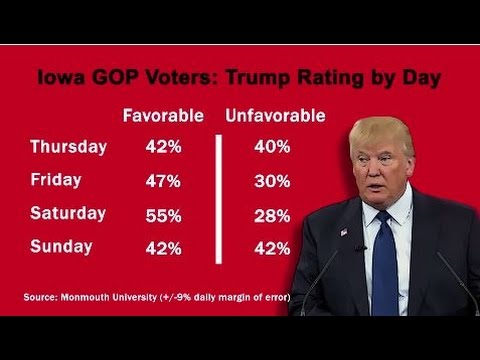 Who needs the comic strips in the morning papers these days? The latest antics of the U.S. presidential candidates and the pollsters are a lot more amusing. And this phenomenon is not new; we even featured it in our December 2014 post regarding the off-base headline trumpeting the victory of Dewey over Truman (sic). In alll fairness, it is not at all easy to do a good political poll, and the current campaigns in the U.S. may be among the most weird in history, due to the unpredictable behavior of Donald Trump, the political baggage of Hilary Clinton, and most recently Ted Cruz’s claim that Ben Carson was dropping out of the race. But there are some big limitations in the polls themselves, most importantly that so many people polled don’t vote and so many people who do vote don’t get polled. And these gaffes are not limited to the U.S. In May 2015 in the U.K. the polls predicted that the vote would be divided equally between Conservative and Labour candidates, but the actual results favored the Conservatives, and Prime Minister David Cameron. Again, the villain was a poor choice of the sample, which included too many younger and politically active voters at the expense of under-sampling older voters.