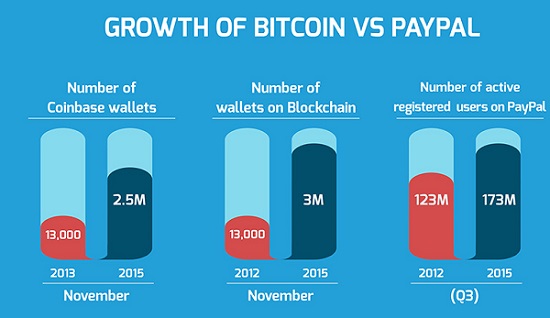 Bitcoin was generated in its early days by geeks running souped-up microcomputers for billions of cycles, consuming a lot of electricity and communications bandwidth to produce no useful result. (Does “It is the tale of an idiot, full of sound and fury signifying nothing” seem a propos?) This is counter to the evolution of physical coins (and their paper surrogates and later trusted electronic financial institution balances) that were a convenient (easily transported) substitution for useful physical objects that had previously been bartered (e.g., cords of firewood or herds of sheep). Given its origin, it seems strange that it was not originally denominated in terms of compute cycles and actually used that way. Anyway, enough people believe in it that it it has practical value.

Many of those same geeky people are doing things like setting up proxy servers, and the sources of those proxy servers prefer to be paid in Bitcoin. So they are essentially following a path similar to PayPal, whose users did not want to use credit cards, and earlier when people used credit cards when they didn’t want to carry coins and paper money.