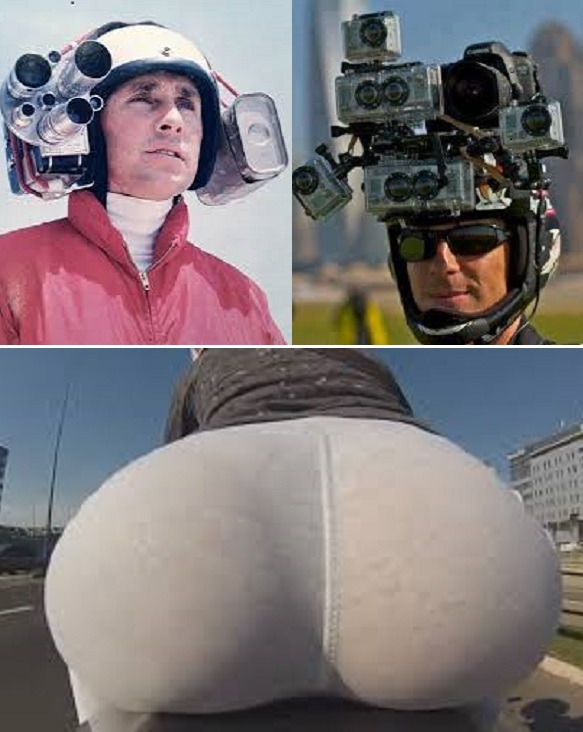 We think that investors who have bid up share prices in GoPro during the last few days, according to Bloomberg News should consider selling at these inflated prices. Why? Because we believe that the growth in sales of their low-priced cameras will soon slow as buyers realize that the videos they are taking are not very good, because they can’t really aim the camera to get the best views. Such cameras have been around for years. We got one (the brand name is part of long-ago history) to mount on our bike helmet, but were so dissatisfied by the shaky videos of a lot of stuff we weren’t interested in that we returned it to the store. We do acknowledge that under ideal conditions, and after a lot of experience, people can capture some exciting material. (For example, mating the camera with a UAV might produce valuable video material.) And anyone who views many YouTube videos would likely agree that the standard for quality is low and getting lower. With storage costs approaching zero, users of still cameras shoot lots of pictures then choose the best few. Similarly, there are video-editing tools that will—given sufficient time and skill on the part of their users—edit out the worst of the bad parts. But we strongly believe that the number of people who will invest the effort to do this will soon level off and start to decline, and the cameras will be put in the closet next to last Christmas’s exercise gear. We do not believe that the high resolution (1080p) capability counts for much, given the generally low-resolution-look of the vast majority of YouTube video, so the 720p resolution of videos recorded using Google Glass—which CAN be aimed to record what the user is seeing—is plenty high enough. Yes Google Glass is a lot more expensive than GoPro, but it can do so much more.