While it was impressive to see how rapidly Internet giants and other denizens took steps to close the gaping hole in security caused by a long-existing bug in OpenSSL (a key piece of software that is used on servers to protect people’s privacy), this event reminds us once again how weak a safeguard our passwords are. Even the giants of the Internet, with their large resources and strong motivation to make sure that all is secure, were affected. And during the first few days a lot of companies claimed that they had fixed whatever weaknesses they had, but disinterested third parties who checked found the those weaknesses had NOT been fixed. For millions of people who had numerous passwords (the owner of Technology Bloopers has over 100 passwords), it must have been a nightmare to figure out what was going on, whose sites were secure, which passwords urgently needed to be changed, and what to change them to. Shouldn’t we get a lot more vocal about replacing this antiquated and ineffective system with something modern, secure, and easy to use?

Facebook’s launch of its Connectivity Lab and hiring of the team that formed UK-based UAV maker Ascenta and Google’s acquisition of Titan Aerospace are aimed at putting long-life UAVs into the air that can transmit and receive Internet signals to locales currently lacking Internet service. While bringing the benefits of the Internet to developing regions is an admirable activity, we wonder if those regions offer attractively high purchasing power that would justify the advertising that will be beamed to them. 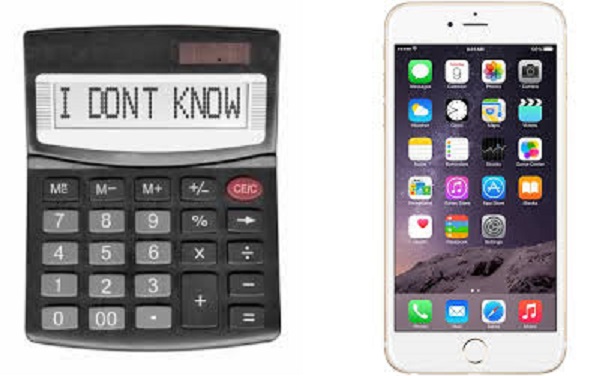 In its day a solid-state calculator was amazing. And look at the incredible amount of technology millions of us literally have in the palms of our hands today with our smartphones. But, if we don’t use that technology to improve our comfort, safety, longevity, etc., where is the wisdom asks classics scholar and historian Victor Davis Hanson. Are the 4,000 texts per month of the average high-schooler wisdom? Do the million views per month of PewDiePie (Felix Arvid Ulf Kjellberg) watching as he plays video games add much, or any, wisdom to us individually or to our society?

The technology of UAVs (Unmanned Aerial Vehicles), often (but unfortunately) called drones, and demonstrations of numerous potential applications, seems to be running well ahead of the ability of regulatory bodies to grapple with it. As long-term technologists and/or technology analysts, we generally have a positive view toward new ideas … including UAVs. There are already a bunch of toy UAVs and ones that are a notch above toys that are being used for a range of applications that are mostly oriented towards photography or surveillance. Most of those involve relatively low altitudes and the devices themselves are so lightweight that they generally would not cause serious injury to people or property. The controversy is how to set up regulations that allow both hobbyists and serious users to pursue their objectives while preventing injuries, deaths, or damage. Because the technology is so new, and the appearance of such devices so unexpected, from a safety standpoint it may make sense to err on the conservative side … at least until the general public has been exposed to it. So we were surprised that the FAA’s (Federal Aviation Administration’s) fining of entrepreneur Raphael Pirker for flying a small UAV around the Statue of Liberty’s crown (more than 200 feet above Liberty Island) was reversed by by a U.S. federal court in March 2014, according to the Wall Street Journal. Of course, this is only one event., and regulations vary considerably from country to country, so much is yet to come. And the military, which doesn’t have to satisfy the FAA, is already exploring the use of UAVs for a variety of purposes, from searching for suspects to delivering large quantities of supplies via unmanned helicopters.

You’d think that a PR executive would applaud all the exposure that LinkedIn and their ilk can get with their constant barrage of emails wanting members to do this or that or reminding you of people—no doubt some of whom you would like to forget–that you might want to communicate with. As a PR professional Allan Ripp can be proud of the column-inches the Wall Street Journal devoted to the case he makes that “less is more” when it comes to being an active
networker. He can be thankful if it is only LinkedIn that is constantly bombarding him with mostly-unwanted missives, because many of the rest of us are getting at least weekly reminders—some of them totally unrelated to anything we have ever expressed interest in to anybody—from EVERY network we are part of. Why is this? Simply put, these networks make more money if they have more members and more transactions, regardless of how much value they add to their members. People initially sign up for these networks because their friends or relatives have done so, and it seems like it might be useful for keeping current. Unfortunately, many find that the the annoyance outweighs the benefits. In fact, it is even worse, because the networks go through all of the files on your computer to find email addresses of your contacts, and start to bombard you about them—or them about you–too. The antidote: don’t sign up for any of these networks that you have not investigated in enough detail to prove to yourself that you are getting at least as good as you are giving, and discontinue any you already have that are more annoying than valuable.