We have subscribed to and read The Wall Street Journal for several decades and depend on the quality and timeliness of its coverage. But there are some exceptions. On December 15 I received an “Introducing WSJ Recipes” email from The Wall Street Journal. It showed recipes for Chicken and Dill Stew with Eggplant and Squash, Fudge Cookies, and Tomato Rice with Favas Chickpeas, and Fried Onions. Each of these had a button. Additionally, there was a “Discover” button. None of these buttons were live. We tried to alert The Wall Street Journal, saying “Your email is useless because I can’t click on anything. I love the WSJ but this was clueless, and the folks at Survey Monkey should know better. “ For our efforts, we were rewarded by an automatic reply “Thank you for contacting Dow Jones. Unfortunately, this email is an automated notification, which is unable to receive replies. We are happy to help you with any questions or concerns you may have.”

As Apple introduces new models of its Watch, it adds new features. If one or more of the new features are especially important to you, that’s OK. Ditto if your goal is to impress your friends. On the other hand, those features take some time to learn. Do you really need a blood-oxygen sensor? But its compactness was important during President Trump’s impeachment trial. 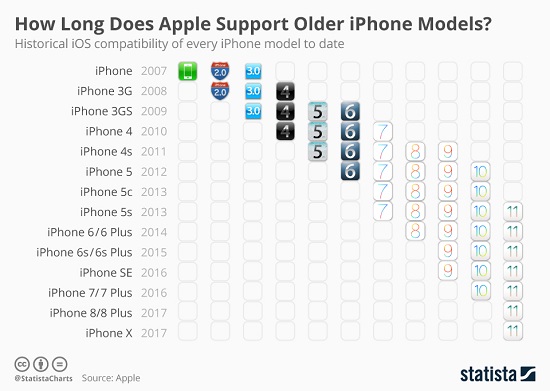 We have a long and unhappy history with Apple’s premature and/or poorly-planned operating system updates. We eagerly purchased the original iPad, soon after it was introduced in April 2010, so we could read an electronic version of The Wall Street Journal (WSJ) on a compact, book-like gadget. It was NOT a pleasant experience, because the WSJ’s Customer Support people were clueless, but we had to be transferred via them to Tech Support. Eventually Tech Support got things sorted out and we could read the WSJ. At the time this was the largest screen view available on any such device. Unfortunately, it didn’t last very long until the iPad’s App version did not match the new iOS, so it was impossible to use it to read the WSJ. Further unfortunately, Walt Mossberg, the WSJ’s excellent technology columnist left before he could put pressure on both Apple and the WSJ to get their acts together. So we now have an obsolete piece of technology that is only useful as a model boat anchor (the only exception’s being an interesting electronic piano keyboard called Pro Keys that has about 2 octaves).

Fast forward to February 2018. We replaced our aging iPhone 4S (we would have kept it longer but our Aiptek pico projector “sled”—the best of category—went missing) by a “modern” iPhone 6S. All was well for about one month, and we could use our small handful of key Apps, until Apple wanted to update our iPhone with a new iOS version (11.2.6). Apple took over a week of false starts; they would ask if we wanted it done overnight, and then not do it after we had said Yes. And we are sorry that we let them update it, because now our Quick List doesn’t work—apparently because its App developer has not updated the App … and may never do so (probably because Apple has made some software changes that are too expensive or technically impossible to implement). We can’t even look at or download the content of the version that we had been using for 5+ years. So now we have been reduced to keeping our lists with paper and pen. We, and presumably a lot of other iPhone owners who use their iPhones for useful and productive purposes, can’t use this useful App, because Apple is focused more on entertaining stuff like Animojis than on useful and productive stuff. BIG THANKS, APPLE!!!